If parents were a drug

Parents have a huge impact on stress and pain and thus the wellbeing of their infants during neonatal intensive care. If this effect could be achieved with a drug that has no side-effects, this drug would undoubtedly be standard of care. This drug is not available, while parents usually are.

Although neonatal care has made tremendous improvements during the last years, impaired long-term neurodevelopmental outcome is still a major issue in infants that need intensive care treatment. Doctor Atle Moen describes in his article “If parents were a drug” in the Acta Paediatrica the impact of parents’ active contribution to the care of the baby as well as of skin-to-skin care. 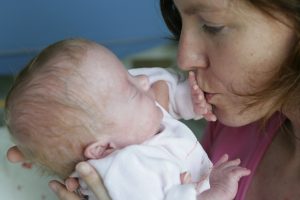 During neonatal care, the baby is exposed to stress and pain, which can be reduced by the active contribution of parents to the care as well as through skin-to-skin care. This is also linked to better cognitive development. If the positive effects of parents on the pain and stress of their infants could be achieved by giving a drug without side-effects, this drug would for sure be standard of care. This drug is not available, but parents usually are. Given the underlying evidence, a separation of child and parents should only happen for medical reasons. The United Nations Convention on the Rights of the Child also gives a legal basis that children should not be separated from their parents in times of hospitalization.

As research shows that the care provided by parents for their baby has an important impact on the newborns health and development, it is an ethical obligation to implement this into general practise and the design of neonatal intensive care units (NICUs).

Your ticket for the: If parents were a drug

If parents were a drug