Due to the COVID-19 pandemic Neonatal Intensive Care Units (NICU) have restricted or even abolished the time parents can spend in the NICU with their baby. EFCNIs partner parent organisation Irish Neonatal Health Alliance (INHA) recently launched the campaign “15 minutes is NOT OK” which raises awareness for an issue that will have long-term consequences for both parents and babies. Mandy Daly, founder of INHA, told us how this campaign was developed. 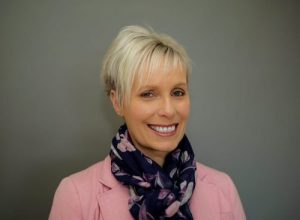 Mrs Daly, exchanging knowledge and sharing experience are always important but even more so in times of COVID-19. What kind of activities have you done so far to raise awareness on the situation of parents in the NICU during the COVID-19 pandemic?

Initially the INHA were approached by a concerned healthcare professional who sought the help of our organisation in raising public awareness about the NICU parental access restrictions that were being implemented across the country. The INHA interviewed affected families from various NICUs in order to get a sense of the vast array of access policies that were being implemented. Policies varied from units where only one parent, the mother, was permitted to visit for 15 minutes per day to units where parents were able to visit (separately) for several hours per day.

What did it take to practically manage your campaign “15 minutes is NOT OK”?

The campaign was managed by 2 people who were responsible for research, interviews and statement development. We researched the various Irish societies/committees who are responsible for providing guidance to the neonatal field in an attempt to discover if an official recommendation had been issued which had resulted in the change to NICU parental access. It transpired that no specific recommendation existed and that the access restrictions were imposed by individual hospital management. As part of our research we discovered that in March 2020, the Health Service Executive (the Irish Health Department) had established a COVID-19 neonatal-paediatric guidance group which consisted of 6 consultant neonatologists, 2 consultant paediatricians and 1 consultant obstetrician and gynaecologist (note there was no patient representative on this group). The recommendations from this group referenced the need to encourage skin-to-skin and that the benefits of breastfeeding outweigh the potential exposure to the virus however there was no specific mention of maintaining access for parents in NICUs: although if one were to adhere to their recommendations on skin-to-skin and breastfeeding it would be immediately obvious that having a parent on the unit to fulfil these recommendations was necessary!

Armed with the updated NICU access policies the INHA partnered with PumpPal, an organisation that supplies kits to parents who are expressing milk in NICUs, and set about crafting an official statement. We researched international practices on parental NICU access during COVID-19 and referenced recommendations from the British Association of Perinatal Medicine (BAPM) – the Irish equivalent had not issued any recommendations – the World Health Organisation (WHO) and United Nations International Children’s Emergency Fund (UNICEF) in our first statement which was issued on April 14th.

The statement was released on all our social media platforms in addition to being released to media outlets and over a period of three weeks representatives from the INHA and affected parents gave media interviews about the access issues. Prior to media interviews affected parents were supported by members of the INHA and educated about the important detrimental effects of excluding parents from the NICU (as our research indicated that families were not well informed about the adverse effects of exclusion) to ensure consistency of messaging.

We are lucky to have a very active social media community who duly shared our official statement as well as links to all the media coverage. We continued to monitor the access situation both in Ireland and internationally in addition to staying abreast of any updated recommendations from international bodies. Following revised recommendations from the BAPM, the INHA issued a revised statement on May 20th 2020.

The updated statement from the BAPM was much stronger than their original statement and it specifically references the importance of parental presence on the Neonatal Unit. The updated INHA statement on COVID-19 was released on all our social media platforms and shared by our membership. To ensure that the campaign was effective we required individuals with the knowledge (and time) to carry out the appropriate research, to be able to read medical reports understand medical terminology, to understand how the neonatal field produces recommendations and guidance in both Ireland and internationally, to be able to identify and succinctly summarise best practice and translate findings into lay terminology such that a lay audience and the media outlets would understand the purpose of the campaign.

After the release of both statements our communications team managed the social media aspect of the campaign by keeping the topic live and ensuring a large audience reach with updates and so on.

What should be taken into account by establishing such a campaign, as you did?

Before embarking on the campaign our board met to discuss the evolving access situation and to get consensus on how best to manage a campaign that would raise the necessary awareness in the public domain without attributing blame to any one individual and ultimately one that would benefit the entire neonatal landscape in Ireland post COVID-19. Sensitivity in the delivery of our messages was deemed to be key. As the voice of parents with infants in the NICU in Ireland our board endorsed a campaign where we would air the concerns of not only affected families but also of those healthcare professionals whose work practices were being altered without consultation. It was necessary that our campaign addressed both the concerns of families who were being separated from their infants but also the concerns of hospital managements which led to the restrictions being implemented. Providing a balanced account of the situation was paramount and our official statements and media interactions adhered to a predetermined script which highlighted how the existing restrictions adversely impacted both families and infants but also on a deeper level acknowledging the fact that the under resourced, poorly designed neonatal infrastructure (which has long been discussed in the public domain before COVID-19) was primarily behind the imposition of restrictions. Our aim was to convince hospital management to set aside their “fears in the face of the unknown” and to refer to strong existing scientific evidence and place their faith in the integrity of such a large body of evidence before changing existing policies.

Would you recommend other parent organisations to embark on a similar campaign?

Not necessarily. I think one needs to be familiar with the neonatal landscape in your country before embarking on such a campaign. One needs to protect one’s own organisation and one’s reputation and in some countries there may be alternative ways of achieving the same goal i.e. if the parent organisation is part of the management structure in hospitals there may be a different and more effective way of making change. Our organisation exists outside of the health system and in many instances we are not included on decisions relating to policy change. In this instance as the changes occurred at hospital management level we had no choice but to make our concerns public rather than approach 19 separate hospital managements. Also in the Irish case it was apparent that the society with responsibility for issuing neonatal guidelines had remained silent on the topic and we perceived this as poor leadership on their part, hence our need to reference the recommendations from our nearest neighbours, the United Kingdom.

Can you share a positive story around the COVID-19 situation? Is there more communication, more close contact to parents or healthcare professionals from your organisation?

Yes, on a positive note on Kangaroo Care Awareness Day May 15th two of our tertiary units who had imposed the tightest restrictions agreed to increase parental access from 15 minutes to 2 hours each day. The campaign has also enabled us to reach many new families currently the NICU.

Thank you Mrs Daly for talking with us about your campaign.

For further information about COVID-19 concerning maternal and newborn health you might also want to read the following articles:

Your ticket for the: 15 minutes is NOT OK – Irish parent organisation campaigns against the restriction of parental access to Neonatal Intensive Care Units (NICU)