Respiratory Syncytial Virus is a virus that causes infections of the lungs and airways. It commonly appears during the coldest and wettest months of the year, similarly to the influenza virus. In adults and older children the symptoms are commonly mild, with cold-like symptoms such as rhinitis or coughing. 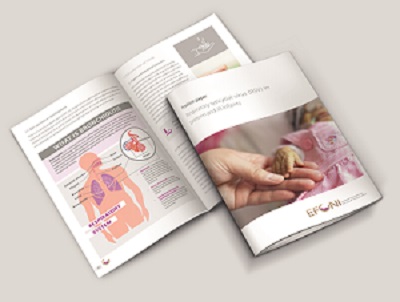 However, if more vulnerable patients (e.g. preterm infants, ill infants or elderly people) are infected with the virus, they may develop a severe lower respiratory tract infection, such as bronchiolitis or pneumonia. These complications often result in admission to a hospital or to the neonatal intensive care unit and sometimes in the use of mechanical ventilation. In particular, preterm infants and infants with bronchopulmonary dysplasia and haemodynamically significant congenital heart disease have an increased risk of severe RSV infections requiring hospitalisation.
There is no vaccination and no curative treatment available. The most effective method to prevent RSV infections in infants and young children are simple hygiene and behavioural measures. In addition, in some cases, immunoprophylaxis with palivizumab can be an option, as it has shown to be safe and effective and can be considered in high-risk infants during RSV season.

Expert roundtable – the starting point for the position paper

On the initiative of EFCNI, a high-ranking panel of medical and patient experts met in Munich on 17 October 2018 to discuss the challenges of RSV-related infections in preterm and ill infants in different countries, and the measures that are taken on a national level to improve the infection and hospitalisation rates. After a day of fruitful discussions, the key points for improvement were identified and agreed upon. The position paper was developed and finalised in August 2019 and was officially launched at the EFCNI lunch symposium “How can we protect preterm infants from RSV infections?” on 19 September 2019 at the 3rd Congress of joint European Neonatal Societies (jENS) in Maastricht. In December 2020 an updated version was re-launched including an extended list of prophylaxis guidelines from 33 countries.

The following experts and representatives of parent organisations were part of the panel (in alphabetical order): 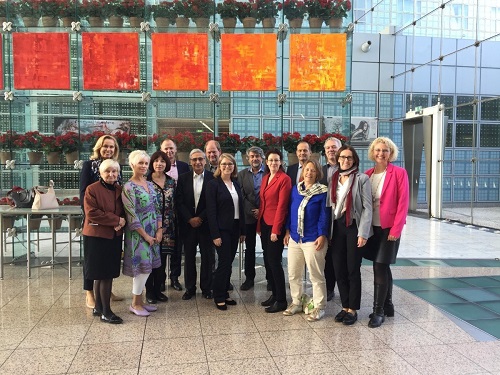 EFCNI was represented by (in alphabetical order) :

Common call to action agreed to by all panel experts

The panel calls on all stakeholders involved in neonatal and paediatric research and care:

Interview with Professor Luc Zimmermann on RSV in preterm babies 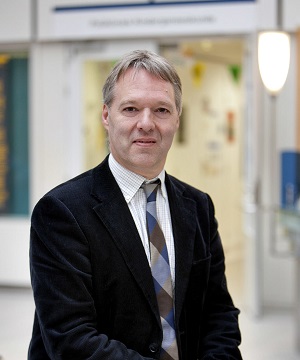 Prof Luc J. I. Zimmermann is Professor of Paediatrics and Neonatology at Maastricht UMC+ in the Netherlands and Medical Director of EFCNI.
In this interview he explains:

RSV Factsheet: All you need to know about RSV in a nutshell

If you would like to get a quick overview of RSV, download our factsheet! Here you can learn e.g. which group of children is at risk for a more severe RSV infection, what are the most important risk factors, how is the virus transmitted, and what simple hygiene rules can largely reduce the risk of infection.

Our #LittleLungs social media campaign is designed to raise awareness of RSV and to educate parents and healthcare providers about the signs & symptoms of this challenging condition and available preventative options.

You can help spread the word about RSV by downloading our social media graphics and sharing them on your social media platforms, your blog or website. Please remember to tag us @efcni (Facebook/Instagram) and @EFCNIwecare (Twitter), and use the hashtags #LittleLungs and #RSV in your social media posts to help us find and like your posts!

We warmly thank the following healthcare societies and organisations for supporting the positionpaper on respiratory syncytial virus (RSV) in preterm and ill infants (in alphabetical order):

We warmly thank the following parent organisations for supporting the position paper on respiratory syncytial virus (RSV) in preterm and ill infants (in alphabetical order):

The topic “Respiratory syncyial virus (RSV)” is supported by

Your ticket for the: Respiratory Syncytial Virus (RSV) in preterm and ill infants