Effects of growth differences during twin pregnancy on later life 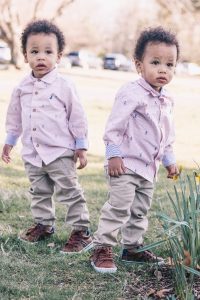 Researchers from the Leiden University Medical Center (LUMC) in the Netherlands found that children who have received less nutrients during pregnancy compared to their identical twin sibling have a higher risk of developmental problems later in life. This disbalance in nutrient supply can be a health-related disadvantage affecting their entire life.

Ten to 15 percent of twin pregnancies are characterised by an uneven distribution of the placenta. This means that one child receives a larger proportion of the nutrients which may lead to growth differences. In some cases, one child can be almost double or triple the size of the other child at birth.

Researchers in the Netherlands aimed to understand whether there are differences in cognitive and motor functioning as well as neurodevelopment, comparing the smaller and the bigger twin. 47 twin pairs with an age between eight and thirteen years sharing the same placenta during pregnancy were examined, and their scores were compared.

This is the first study to show the significant differences in development between twins sharing one placenta when developing uneven during pregnancy. These findings allow clinicians to educate and support parents more precisely on their child’s future development. Despite the results of the study indicating mainly mild impairments, children may still have limitations in their daily life. Support and identification of developmental problems at an early stage could enable adequate care and enhance the development of the child.

This research is part of the LEMON study which is a cohort study investigating long-term effects of selective foetal growth restriction on twins sharing one placenta. The study also examines the potential impact of growth differences on heart and lung – results are expected soon.

Paper available at: The Lancet, Child and Adolescent Health

Article on the study from the Universiteit Leiden: Growth differences during twin pregnancy have effect later in life

Your ticket for the: Effects of growth differences during twin pregnancy on later life

Effects of growth differences during twin pregnancy on later life