A heavy loss: in sorrow and gratitude we remember Professor Heidelise Als 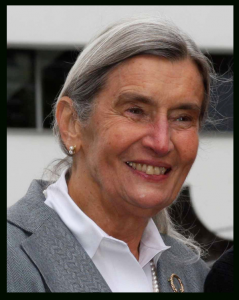 Professor Heidelise (Heidi) Als was a visionary and trailblazer for Infant and Family-Centred Developmental Care (IFCDC) and as the founder of NIDCAP (Neonatal Individualised Developmental Care and Assessment Program) and the associated
foundation, she has made a pioneering and lasting contribution to improving the health outcomes of hospitalised infants worldwide. She passed away unexpectedly in August, leaving a big void.

Heidelise Als developed her interest in the interplay between environment and emotional development in her youth and has pursued it passionately ever since, with a drive to help people by better understanding their intentions and needs. She has advanced this special interest in the area of neonatal care after she became affected by preterm birth herself and
laid the foundation for the Newborn Individualized Developmental Care and Assessment Program (NIDCAP).
Also, in science and research, Heidelise Als has realised and advanced numerous works and projects dedicated to the long-term positive influence on the neurological development of preterm infants through the right treatment and care.

Heidelise Als has been a long-time supporter and inspiration for EFCNI. „ Since I first met Heidi 20 years ago, she has inspired me to fight for infant and family-centred developmental care in the NICUs. I have always admired how she has turned her own
consternation when her son experienced difficulties at birth, into strength and motivation to bring this patient group and their families into the focus of care. She was inspiring, full of energy, and had the gift to empower others.”, says EFCNI Chairwoman Silke Mader.

She was a mentor to many and her vision will live on in the NIDCAP community as well as in the parent- and patient community. We will miss her greatly.

To the obituary published in the Boston Globe

Your ticket for the: A heavy loss: in sorrow and gratitude we remember Professor Heidelise Als

A heavy loss: in sorrow and gratitude we remember Professor Heidelise Als