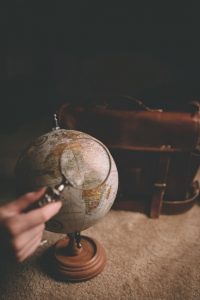 In a recent study from China, data from the 2019 Global Burden of Disease study have been analysed to show trends in preterm birth. Deaths and incident cases decreased globally, but on a regional and national level, preterm birth rates also increased.

Preterm birth is a global issue. Almost 15 million infants were born too soon (preterm) in 2014, with a global incidence rate of 10.6%. Despite improvements in medical care, increases in preterm births were also observed in high-income countries, as for example in the USA. Due to the higher risk of infections and other complications, preterm birth is still the leading cause of death in children under five years.

Cao et al. have analysed global trends from 1990 to 2019 regarding the occurrence and death rate in preterm born infants. For this purpose, the researchers used data from the 2019 Global Burden of Disease study. Amongst others, the yearly rate of preterm birth cases and deaths was analysed, together with age-standardised incidence rates (ASIRs: expected disease rate in a certain time period in a reference/standard population) as well as age-standardised mortality rated (ASMRs: weighted average of the age-specific mortality rates per 100 000 persons).

Interestingly, the findings were also compared according to the socio-demographic index (SDI), which shows the development status of a region and is strongly related to health. It was found that regions with a high SDI show a decrease in incident cases of preterm births by about five percent. Also, the number of deaths of preterm born newborns halved in low-, middle-, middle-high-, and high-SDI regions.

Across all global burden of disease regions, the largest decrease in incident cases and deaths could be noted in East Asia. On a national level, one third of all global incident cases, in absolute numbers, accounted for India (3.10 million) and Pakistan (1.04) in 2019. The most striking increase in preterm birth rates, however, was noted in Niger (182.10%), together with the highest increase in preterm birth related deaths (105.52%). In Greece, the highest increase of age-standardised incident rates could be observed.

Finally, the overall decrease in global incidence and mortality of preterm born children can be explained by improvements in medical care and a better general health status. However, incidence of preterm birth has increased in some countries, also high-income ones. Possible explanations could be higher rates of multiple births, delayed parenthood and other changes in clinical practices. Further research is needed to find the underlying reasons and measures to prevent preterm birth worldwide.