There is a great need for urgent pan-European harmonisation

An interview with Professor Charles Christoph Roehr, President of the European Society for Paediatric Research, on the topic Medical care and clinical practice

In terms of medical practice in neonatology – in which fields do you see the most significant disparities between European countries? 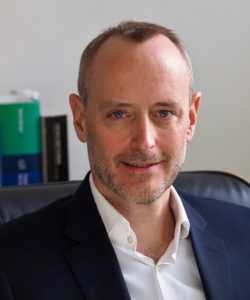 This is a very good question. We see significant disparities on many levels, starting from the recognition of Neonatology as an individual Paediatric subspecialty. There are still a number of European countries in which the need for specialists in Neonatology is not formally recognised, with which come significant differences in the training of neonatal doctors and nurses, the acquisition of their skill sets and confidence levels. Dr Morten Breindahl and co-workers, as well as others, have flagged this as an important gap in the provision of medical care to neonatal patients and their families (Breindahl M et. al. Neonatology 2012; 103(1):74-82). This disparity is striking, since the European member states had previously agreed on a common European Neonatal Curriculum, as proposed by the European Society for Neonatology (now renamed into European Board of Neonatology, EBN – the educational arm of the European Society for Paediatric Research, ESPR). Given these structural uncertainties, it is comprehensible how difficult it is to formulate binding educational recommendations on a national and international level. The ESPR, via the EBN through its Chairman, Professor Maximo Vento (Valencia, Esp.), is doing its best by designing a common European Neonatal Curriculum (publication expected in April 2019) and by providing a university accredited online learning platform, NOTE (Neonatal Online Training and Education, University of Southampton) offering an evidence-based, University accredited, European curriculum to its participants.

In your opinion, is there a need for pan-European harmonisation?
Indeed, I strongly believe there is a great need for urgent pan-European harmonisation: Newborn infants and their families should be able to expect the same level of proficiency and professionalism in care throughout Europe. Likewise, training on neonatal care should be according to a uniformly accepted syllabus, for doctors and nurses, as outlined above. The recognition of Neonatology as a Paediatric subspecialty should ideally be universal throughout Europe to ensure that a common standard is followed. Only in this way can patients receive the same level of care wherever their child is born, be it in Malaga (Spain), Malmö (Sweden), Bari (Italy), Bath (UK), Bucharest (Romania) or Tallinn (Estonia). The need for harmonisation of care within Europe has long been voiced by many eminent proponents within the neonatal community, i.e. from doctors, nurses and parent groups alike. Finally, a joint effort to build up a common syllabus of European Standards of Care for Newborn Health has been initiated. Expertly facilitated and led with great passion by EFCNI, a group of international experts is currently working on such standards, which will eventually ensure similar outcomes for all neonates born in Europe.

How does the ESPR promote Paediatric research on a European level?
The ESPR is the biggest, most prolific and scientifically vibrant Paediatric research society in Europe. We are extremely proud of our extraordinarily active membership base and a faculty of highly respected international scientists from all over Europe and beyond. We stimulate scientific discourse first and foremost through our renowned annual conferences, the Congress of the European Academy of Paediatric Societies (EAPS) and the Congress of joint European Neonatal Societies (jENS), as well as Spring and Autumn Schools, in our membership discussion forum and though individual discourse. The ESPR is therefore the Paediatric society for active research in Europe. Recognising the strong desire for collaboration and exchange, the ESPR has initiated a generous European Research Grant programme. This programme has successfully funded several large, collaborative research projects with a budget of over 350,000 Euro in 2017 alone. The calls for this year will be published on our website www.espr.eu as well as the ESPR social media channels in the coming weeks.

In which fields do you perceive transnational progress and where are backlogs?
The biggest backlog we see in the European landscape of Paediatrics is the disparity of national subspecialty recognition and the lack of an accepted Paediatric syllabus with pan-European endorsement throughout all member states of the European Union. However, progress is on the move with the installation of agreed European Standards of Care for Newborn Health. Now international and national policy-makers can refer to a very strong manuscript, endorsed by over 100 international specialists and organisations, to formulate uniform training guidelines and research conformity guidelines.

What is your wish for the future of neonatology? How would you wish the field to develop?
My vision for the future of Neonatal Medicine is for this great profession to evolve into a healthcare service which encompasses the care for a patient’s disease specific needs at the time of occurrence whilst fully embracing the need of his or her family to be involved in the planning and provision of care as partners. I wish for every newborn to be able to receive a common, high standard of care and thus to be given equal opportunity of positive outcomes, wherever they should be born on Europe, and beyond. Hence, I wish for every neonatal team to have adequate access to information on the care and training of care provision, be it nursing, medical, psychosocial or physical care to reach the one common goal, a healthy newborn in a healthy family and eventually contributing to a thriving human society which respects and cares for the needs of all its members.

Your ticket for the: There is a great need for urgent pan-European harmonisation

There is a great need for urgent pan-European harmonisation