The Respiratory Distress Syndrome (RDS) is a lung disorder that is mostly seen in preterm babies, especially those born before week 30. It is caused by a lack of surfactant, which is a substance that coats the inside of the lungs and prevents the small air sacs (alveoli) from collapsing.1

In preparation for breathing air, fetuses begin producing surfactant during the third trimester of pregnancy through labour and delivery. Depending on the level of prematurity, the lungs of a baby born preterm may not be able to make (sufficient) surfactant, causing breathing difficulties within the first hours after birth. The resulting lack of oxygen can damage the baby’s brain or organs and lead to death if not treated properly.1

The story of surfactant

The story of surfactant goes back to 1929, when the Swiss physiologist Kurt von Neergaard first suggested the presence of pulmonary surfactant based on his experiments with the lung of a pig.4,5 Similar experiments with the lungs of stillborn babies were repeated and further investigated by the pathologist Peter Gruenwald in New York after the second world war.5,6 Important contributions to the understanding of pulmonary surfactant and its importance in lung stability and mechanics of respiration came from Richard Pattle in England, Charles Macklin in Canada, and John Clements in the USA in the 1950s.5,7–9 In 1959, the American researchers Mary Allen Avery and Jere Mead discovered that a lack of surfactant is the cause of RDS.10 Despite the knowledge that RDS was a major problem and the cause of many deaths in preterm babies, their finding wasn’t taken much into account until a tragic event happened four years later.

Jacqueline Bouvier Kennedy, wife of John Fitzgerald Kennedy who was the president of the United States at that time, gave birth to their son Patrick on August 7th, 1963 at 35 weeks. Only two days after birth, Patrick died from RDS, back then known as hyaline membrane disease.5,11 Due to this event, RDS received public attention and became the focus of neonatal research.

The development of a therapy

Clinical trials with synthetic surfactant were started. The first successful observation in lambs was reported by Graham Liggins.12 In 1980, Tetsuro Fujiwara was the first who published results of a successful trial of surfactant treatment for respiratory distress syndrome in babies born preterm.13 This is when natural surfactant was launched as a treatment for RDS. Several surfactants have been developed and tested since then One of the most used surfactants was developed by Tore Curstedt and Bengt Robertson. The market approval for their medication was received in Europe in 1992 and in the USA in 1999.14

In general, natural, animal-derived surfactants containing proteins have turned out to be more effective than protein-free synthetic products.15 However, newer synthetic surfactants with protein analogues are being developed.5,16

Another focus of current research is the method of administration and in particular less invasive approaches. Whereas most preterm babies were intubated and ventilated in the first stages of the surfactant replacement therapy, it is now known that mechanical ventilation should be avoided whenever possible. Methods of maintaining babies on less invasive respiratory support have shown advantages in short and long-term outcomes, e.g. greater comfort and less chronic lung disease such as Bronchopulmonary dysplasia (BPD).2,17–20 The Less Invasive Surfactant Application (LISA) protocol developed by Angela Kribs et al. offers potential for the preservation of spontaneous breathing and the avoidance of mechanical ventilation (as already reported, see interview with A. Kribs ).17,18,20 It combines the administration of surfactant with continuous positive airway pressure (CPAP), which is a noninvasive form of respiratory assistance that supports spontaneous breathing. Surfactant is applicated during CPAP via a thin catheter.

It will be very exciting to see further developments, improvements and future innovations in this area!

RDS used to be the leading cause of death in preterm babies.14 Saving hundred thousands of lives, the development of the surfactant replacement therapy for preterm babies suffering from RDS is a true lighthouse project for this month’s topic “Medical care & clinical practice”. Every step from the initial discovery of surfactant to the continuing development of less invasive administration methods has contributed greatly to the life of many children and families.

We’d like to thank Professor Christoph Härtel for his kind support and advice on this article. 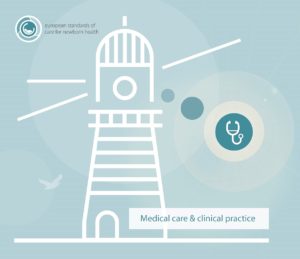 Your ticket for the: Surfactant replacement therapy – a milestone in neonatology