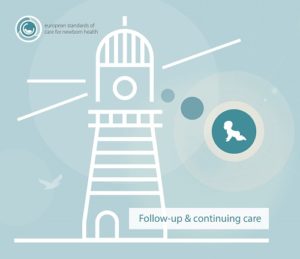 A guest article by Dr Angelique Haringsma and Hiltje Heyman

The idea was born along the football field. Our sons were in the same team and we were not only cheering for them because, during our conversations, we felt the same passion as we were both working in the care and cure section. Angelique Haringsma as a neonatologist and Hiltje Heyman as a family coach. The strange thing is that, while we are both working with premature babies and their families, we both were not aware of what the impact is on the social environment when you have a prematurely born baby. Not only in the beginning, but also later on in childhood, and also in puberty. For example, at school, regarding social behaviour and many other things. We know the medical impact in terms of long-term problems or motoric difficulties better than, for instance, the psychosocial impact on the whole family. As doctors, we follow the children until the age of 5 years, if necessary, longer. Yet, there is hardly time to check the wellbeing of mothers, fathers and siblings and we saw that the impact is huge. Burnouts, depression, even divorce are items we discovered and hence we thought of a concept with which we could help prevent those impacts at an early stage. This also rose the question of why follow-up should be done in the hospital. Would it not be pleasant if we offered a combined medical and psychological care outside the hospital in a friendly setting where parents also could drink a good cup of coffee or tea with other parents? And so the idea of “The little hero’s house” was born. We decided to move on with our idea, set up a business plan, found a location and talked to our stakeholders, for example, the hospital. After one year, we opened our doors and started our concept, which is unique not only in the Netherlands but also in Europe. The biggest challenge to start with for a lot of people was, of course, the fear of the unknown. Starting something new without knowing the outcome is always difficult. The people of Rotterdam are always famous for doing and not talking, so this is just what we did. The persistence and enthusiasm did the work. Now, two years later, we are very happy to see the achievements and we are just starting! Because the families are in the picture from the beginning not only medically but also psychosocially, we see that we have fewer children who need to be re-admitted to the hospital because of environmental problems at home. We see less depression and burnouts with mothers but we can also help the fathers in staying positive in the difficult period after mostly long hospitalization of their premature baby and also illness of the mother before giving birth, for example with preeclampsia. In the little hero’s house, all the medical and paramedical disciplines are available so the parents do not go to different places. Obviously, if everything is going well, we let them, but they can always ask us for help. Physiotherapists, speech therapists, psychologists, coaches, and social workers are there to help. There is baby massage, parental sessions, but also help at home from coaches to nurses. Every discipline is available. It is, of course, important to do research to let the world know that this kind of follow-up is efficient and helps, so this is what we also started.

All the family members happy is our slogan and we hope, that in the future, we can realize more little hero houses in Holland and around the world.

All pictures by courtesy of “Het kleine helden huis” 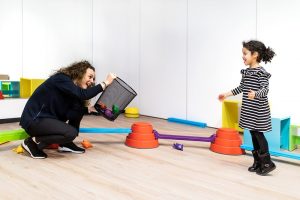 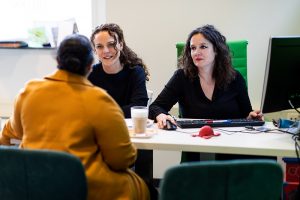 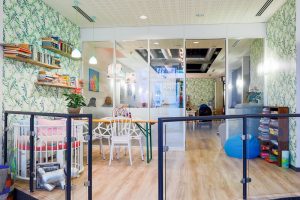 Your ticket for the: The little hero’s house – a holistic follow-up concept from the Netherlands