Extreme heat may increase the risk of premature birth

Exposure to extreme heat waves during the last week of gestation might cause premature birth defined as birth before 37 weeks of gestation. A cohort study in California with 1,967,300 mothers showed consistent results with higher numbers of preterm birth in women who experienced an extreme heat episode in the week prior to labor. 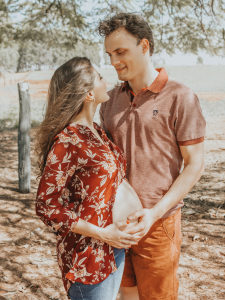 The publication „Extreme heat episodes and risk of preterm birth in California, 2005-2013“ describes a large population-based cohort study, in which 1,967,300 mothers living in California, who gave birth between May and September  in the years 2005 to 2013 were analysed.

The results showed that about 7% of all live births in the cohort were preterm and 19% were early-term births (37 to 38 weeks of gestation). Also, the risk of preterm birth in the cohort was consistently higher for mothers who had to deal with an extreme heatwave in the week before birth and the likeliness increased with higher temperatures and the length of the heatwave. In addition, the findings showed that longer heat episodes with milder temperatures cause more risk than shorter heatwaves with higher temperatures.

As a potential mechanism for why heatwaves cause preterm birth, the researchers of this study suggest that the heat might cause dehydration and decreased uterine blood flow. This stimulates the release of certain hormones, which can lead to uterine contractility and might induce labor.

To reduce the effect of extreme heat on pregnant women, and decrease the likeliness of preterm birth, the study suggests heat warning systems and cooling areas.

Paper available to view at: Sciencedirect

Your ticket for the: Extreme heat may increase the risk of premature birth

Extreme heat may increase the risk of premature birth