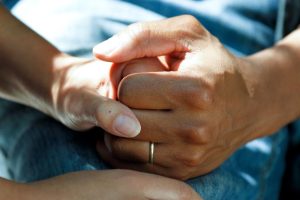 A study conducted at a neonatal intensive care unit (NICU) in China investigated the impact of parental involvement in the end-of-life-care (EOLC) of their preterm infants on parental depression and satisfaction with their child’s medical treatment. Parents who received the intervention spent time caring for their newborn in the final days of the infant’s life and experienced lower levels of depression and greater satisfaction with the care provided than those who opted for standard EOLC.

Confronting the topic of end-of-life-care for newborns will never be easy. How to best support parents and provide for infants after the decision is made to withdraw treatment is a question which the latest WHO Global Action Plan calls upon us to address. EOLC for infants has only recently come to the forefront in China, where parents who have made the difficult decision to end treatment for their child are often informed of his or her death by telephone by the attending staff. Many parents choose this route in the hopes of psychologically shielding themselves from some of the pain of loss, but studies in (mostly) Western countries suggest that family-centered-care (FCC) and more active involvement of parents in palliative care may support their later wellbeing.

To test the hypothesis that an FCC approach would serve to buffer parents’ risk for depression following the loss of their child, researchers created two conditions between which study participants could choose freely. The first option was standard care, in which nurses remove a baby from life support and provide comfort care and pain management.  Parents are not present and learn from the attending physician when their baby has died.  The family-supportive intervention, in contrast, was designed to allow parents not only to be present in the hospital but to actively engage with their infant. A separate room was made available for participants, which other family members could also visit, where they were encouraged to have physical contact with their infant, perform basic care, and create memories and commemorate the child’s life, making baby handprint cards or gathering locks of hair. A psychologist also came to the NICU for daily interviews with parents about their mental and emotional state. The researchers were interested in the effect of the intervention on maternal and paternal depression symptoms and satisfaction with their infant’s care one week after his or her death.

45 infants (all born prior to 28 weeks gestation) and 90 parents were involved in this study: 25 receiving standard care, and 20 opting for the family-supportive EOLC intervention. Questionnaires were administered to both groups of parents by a psychologist one week after their infant’s death. Post-natal depression in mothers and depression in fathers was significantly lower among those who had participated in the intervention than those who had not, and satisfaction with care was significantly higher.

This provides encouraging evidence that EOLC may help parents deal with the great psychological burden of a child’s death. It is important to note, however, that parents in the intervention group were significantly more educated than those in the control group, which may explain part of the difference in their reactions to this traumatic experience. In any case, future research should help tease out which aspects of the intervention were most helpful, if similar results are seen in other contexts, and if this improved wellbeing among the intervention group can still be seen after a longer follow-up. Learning more about potential benefits for the infants in such interventions is a further important target.

Paper available at: Frontiers in Pediatrics

Your ticket for the: Parent-support intervention in end-of-life-care at a neonatal intensive care unit in China