Obesity in children and adolescents: a growing global health challenge 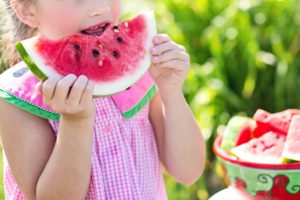 The number of obese children and adolescents has risen dramatically in the past four decades, reveals a large study that was published in The Lancet in October 2017. Although more children and adolescents worldwide are moderately or severely underweight than obese at this time, the situation will reverse by 2022 if the current trend continues. The rise in obesity is of great concern, as excessive body weight in childhood and adolescence is associated with greater risk and earlier development of several health problems (e.g. type 2 diabetes, cardiovascular diseases and negative psychological consequences).

Researchers from the Imperial College London and the World Health Organization (WHO) collected data from 200 countries to see how global and national numbers on obesity, overweight, and underweight in childhood and adolescence had changed between 1975 and 2016. They looked at measurements of height and weight of 31.5 Mio. children and adolescents aged five to 19 years and calculated their Body Mass Index (BMI). The BMI is a measure that indicates whether a person’s weight is in a healthy range for their height, or too high (=overweight) or too low (=underweight).

Results show that the number of obese children and adolescents worldwide has increased more than tenfold since 1975, from 11 million to 124 million. Whereas less than 1% of all children and adolescents had been obese in 1975, almost 6% in girls and 8% in boys were obese in 2016. On a country level, the highest rates in both sexes were seen in Polynesia and Micronesia (around 25%; one in four) as well as in high-income English-speaking countries (USA, Canada, Australia, New Zealand, UK, Ireland). In Europe, boys in Greece (16.7%; almost one in five) and girls in Malta (11.3%; more than one in ten) had the highest obesity rates.

These numbers and trends are alarming and need to be urgently addressed. According to the authors, it is important that countries do not only provide a general feature of policies that target overweight and obesity in children and adolescents, but also use taxes and industry regulations to change eating and drinking behaviours. It would be a crucial step to make healthy foods such as whole grains, fresh fruit and vegetables more affordable. This would not only encourage people to rather buy them instead of unhealthy food but also tackle social inequalities in overweight and obesity. Population-based prevention of overweight and obesity is as important as the enhancement of access to healthcare interventions for weight management.

Read the original study (The Lancet)

Your ticket for the: Obesity in children and adolescents: a growing global health challenge

Obesity in children and adolescents: a growing global health challenge