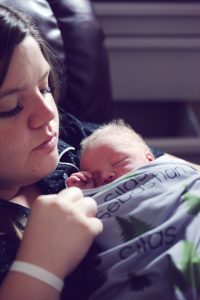 Research shows important benefits of parental involvement in neonatal intensive care. Parents spending  time with their newborns and especially their engagement in skin-to-skin contact has positive impacts on cognitive development of infants and lowers morbidity and mortality rates.

To increase the time families spend with their preterm born babies in NICUs, some hospitals provide infant-parent rooms to allow parents to stay with their child 24 hours a day. To assess the availability and benefits of these rooms, Lehtonen et al. conducted an international study that included NICUs from 10 neonatal networks of 11 high-income countries. The study consisted of an online survey querying the NICUs’ design in 2015. All participating units were specialised in the care for neonates with a gestational age of under 29 weeks.

The data reveals that infant-parent rooms lower the risks of developing sepsis and Bronchopulmonary Dysplasia (BPD) and reduce rates of morbidity and mortality. This can be due to improved hygiene in single-family rooms and more engagement in skin-to-skin contact. Additionally, the stay of newborns in NICUs with infant-parent rooms is in average 3.4 days shorter than the stay of infants in other units. However, underlying factors can be numerous and require further investigation.

Many NICUs without infant-parent rooms that participated in this study provide separate sleeping rooms for parents, and lounge areas or kitchens for parents to increase their presence. This allows for quick improvements while yielding some benefits when renovation of hospital spaces is not feasible. However, the authors emphasise that a bed space for parents is needed, in order to generate some of the health advantages of infant-parent rooms.

One of the limitations of the study is that the researchers were not aware of the number of newborns placed in an infant-parent room. They only knew whether the NICU the infants were admitted to offered these types of rooms. This may have resulted in a smaller effect of benefits, as many units had only a small number of infant-parent rooms and had to accommodate the remainder of patients in other rooms. Moreover, the study did not evaluate the length of stay of parents or the extent of parents’ engagement with their child. Nevertheless, the authors state that this study confirms that the provision of rooms where parents can stay with their child 24 hours a day improves infant health.

Available to view at: The Journal of Pediatrics

Your ticket for the: Family Rooms in Neonatal Intensive Care Units (NICUs) and Neonatal Outcomes.