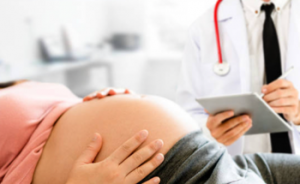 Having overweight or obesity in childhood increases the risk of being overweight or obese in adulthood and is accompanied by an increased risk of developing type 2 diabetes, coronary heart disease and cancer. In addition, neurological developmental disorders are more frequent in children with overweight. Maternal factors during pregnancy are discussed to have an impact on anthropometry and neurological development of children. If and to which extent a healthy maternal lifestyle during pregnancy is able to improve children’s anthropometrics and neurodevelopment was investigated in the ‘Gesund leben in der Schwangerschaft’ / ‘healthy living in pregnancy’ (GeliS) study.

The cluster-randomised GeliS study aimed to promote long-term maternal and child health through improved maternal health behaviors during pregnancy. Therefore, a comprehensive lifestyle intervention was offered to pregnant women of the intervention group and was directly embedded in routine prenatal care. The lifestyle intervention consisted of four structured face-to-face sessions with trained counsellors in which details on a healthy eating and physical activity behavior during pregnancy, but also mental health aspects, breastfeeding, and infant nutrition were discussed. Women of the control group received routine care only. Inclusion criteria were a pre-pregnancy body mass index 18.5–40.0 kg/m2, age 18-43 years, gestational age ≤ 12 weeks prior to inclusion, and a singleton pregnancy.

Anthropometry data of this 3-years-follow up were assessed and documented during routine child health examinations and collected by the study team via telephone interviews. Data on neurodevelopment were collected using the validated German version of the Ages and Stages Questionnaire (ASQ-3TM).

Overall, 1644 mother-child pairs were included in the analysis. Mean weight, height, head circumference, body mass index, and the respective z-scores and percentiles were comparable between the groups at 2 and 3 years of age with no evidence that previously observed improvements of maternal lifestyle influenced offspring growth and obesity risk in early childhood. Also, the neurodevelopmental outcomes differed only slightly and in some aspects between the groups which made the authors to interpret the clinical relevance of these results with caution.

This large-scaled trial with a pregnancy intervention during routine care failed to significantly improve children’s health outcomes at 2 and 3 years of age. The reason might be the real-life setting in which the intervention was conducted. Thus, further studies are needed that build upon this concept implementing academic research into the real-life situation of routine pregnancy care.

Your ticket for the: Child growth and neurodevelopment following an antenatal lifestyle intervention in routine care