Promising new research findings in the field of RSV prevention

Respiratory Syncytial Virus (RSV) has long been recognised as a serious threat to infant health. RSV is the most common cause of bronchiolitis (inflammation of the small airways in the lung) and pneumonia (infection of the lungs). No prevention exists for all infants. Research published earlier this year now suggests that a new preventative option may be able to lower severe RSV infection and hospitalisations. 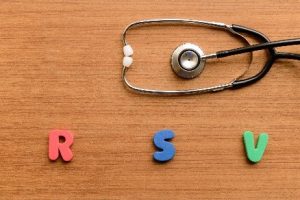 Particularly common during the winter months, RSV infects the lungs and airways, typically causing mild cold-like symptoms, such as coughing or nose congestions. However, even if some groups have a higher risk, all infants may develop a severe Lower Respiratory Tract Infection (LRTI). In the lower respiratory tract, the virus can lead to life-threatening infections like pneumonia or bronchiolitis. At the moment, treating RSV means managing the symptoms– and no preventative option exists for all infants. The only preventative option requires multiple injections to cover the RSV season and is limited to a very restricted population of infants who are at highest risk for serious RSV sequelae.

However, new research indicates this situation may finally change. On July 30, The New England Journal of Medicine published results of a Phase IIb clinical trial of an antibody being developed to prevent severe RSV infection among all infants – not just those at high risk for RSV complications. Led by Dr. M. Pamela Griffin, a group of scientists tested the effectiveness of a preventative option called nirsevimab on healthy preterm infants who were about to begin their first season of RSV exposure. The participants were healthy infants who were born preterm (here meaning 29 weeks 0 days to 34 weeks 6 days of gestation). The study chose infants living in both the northern and the southern hemispheres to ensure applicability of the results. Participating infants either received one intramuscular injection of nirsevimab (50 mg) or a normal saline placebo during a two-month period before RSV season typically starts; the ratio of nirsevimab injections to placebo was 2:1. Both groups were then monitored over 150 days – the typical length of an RSV season – to see whether any respiratory illnesses occurred requiring medical attention.

The results of the clinical trial are promising and mark an important milestone in the search for preventive measures against RSV. As the authors of the study show, in comparison with the placebo, a single injection of nirsevimab reduced the number of severe LRTIs requiring medical intervention and lowered the need for hospitalizations by 70-80% for the entire RSV season. No hypersensitivity reactions were observed in the clinical trial. In the Phase III trials, nirsevimab is being tested in healthy late-preterm and full-term infants.

For more information on RSV, take a look at our RSV Factsheet.

Your ticket for the: Promising new research findings in the field of RSV prevention

Promising new research findings in the field of RSV prevention