The Neonatal Mental Health Awareness Week is a new momentum to raise awareness for the impact on mental health that a stay at the Neonatal Intensive Care Unit (NICU) has on the families of preterm or ill born babies. The aim of the first Neonatal Mental Health Awareness Week from 15-21 April 2019 is dedicated to campaign for funded and planned mental health support for everyone who is involved in the neonatal pathway. Mental health support falls greatly behind in comparison to other medical treatments.’ 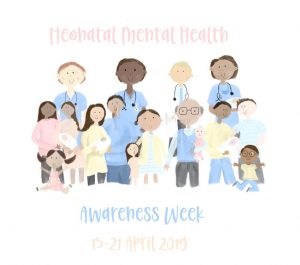 Lottie King, founder of Leo’s Neonatal, has had first-hand experience at the NICU with her twin pregnancy in 2015. Her twin son Leo was born too soon too ill, eventually saving his brothers and mothers life by doing so. She says: “We’ve launched Neonatal Mental Health Awareness Week to provide support to anyone affected by mental health illnesses, pregnancy loss and the death of a baby. Together with health professionals and services, we are committed to raise more awareness of mental health issues and the neonatal journey and unite for better care across the country.”

Her stay at the hospital put a strain on her family’s mental health, which is why the charity conducted a survey amongst families and staff at neonatal hospitals – with alarming results.

We would like to thank Lottie King for raising her voice for families of preterm and sick babies and her will to improve the situation and congratulate her for implementing Neonatal Mental Health Awareness Week.

Your ticket for the: New awareness week dedicated to mental health support for parents and families