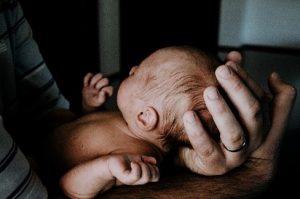 A study conducted in the Netherlands examined the mental health of fathers of preterm infants after their stay in the neonatal intensive care unit (NICU). Responses of 126 fathers who were enrolled in integrated family care units (FICare) were compared to those of 137 fathers in standard neonatal care units (SNC).

It is known that active participation in the care of their infants during NICU stay has a positive impact on maternal mental health and the relationship between mother and child. However, the impact on the father’s mental health has not been studied so far.

The study was conducted in level-2 neonatal units in the Netherlands between May 2017 and January 2020. Participants were fathers of preterm infants who were admitted to the participating units. Parents with existing severe mental health problems were excluded.

The fathers’ mental states were analysed using questionnaires regarding stress and anxiety levels, parenting self-efficacy, new-born-bonding and satisfaction of care. However, due to the lack of available scales for fathers, scales for mothers had to be used instead.

Results showed that in the FICare model, fathers were able to participate more in the care of their baby. This active participation was associated with less parental stress and depression symptoms, as well as better infant-father-bonding. Routine antenatal checks regarding the potential development for mental health problems among fathers and families are recommended. Finally, including fathers in all aspects of NICU care in the future is crucial – irrespective of the architectural design of the units.

Your ticket for the: Family Integrated Care to Improve Paternal Mental Health