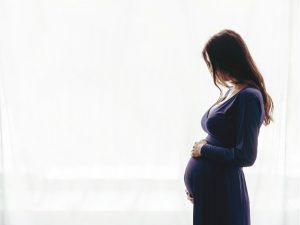 Climate change causes more frequent and extreme heatwaves, resulting in higher temperatures around the world. Several studies have found that extreme heat in pregnancy may lead to adverse birth outcomes. For this purpose, two studies in different settings (one in the United States and one in lower- to middle-income countries) have addressed this issue. Both studies found, that exposure to extreme heat waves is associated with adverse birth outcomes, such as preterm birth.

Extreme weather events such as heatwaves are increasing due to climate change. Heat waves and rising temperatures may cause health problems especially for vulnerable groups including pregnant women. Studies have shown that a higher heat exposure is associated with a higher risk for preterm birth. However, it is unclear which factors influence this relationship and which variations across population groups and by type of heat exposure are seen. Two recently published studies have addressed this topic in different settings.

Acute associations between heatwaves and preterm and early-term birth in 50 US metropolitan areas: a matched case-control study

In their study, Huang et al. analysed birth data from national vital records from 50 metropolitan areas in the United States for the years 1982-1988. Furthermore, various heatwave definitions using temperature metrics, the heatwave definition framework, and the number of consecutive hot days were created. A 1:1 case-control design was chosen, where singleton preterm (< 37 weeks) and early-term births (37–38 weeks) were matched to controls who accordingly completed at least 37 weeks or 39 weeks of gestation. Matching factors were maternal race/ethnicity, maternal education and location.

Overall, 615,329 preterm and 1,005,576 early-term case-control pairs were included in the study. The results show that heatwave duration and intensity in the week before delivery were associated with early-term birth. Additionally, chances for both preterm and early-term birth were greater among Hispanic and non-Hispanic black mothers. The study team concludes that vulnerable subgroups should be targeted in intervention programs to reduce heatwave impacts.

McElroy et al. conducted a global analysis of 14 lower- to middle-income countries (LMICs) to examine the relationship between acute exposure to extreme heat and preterm birth and stillbirths. Data on adverse birth outcomes was obtained from the Demographic and Health Surveys (DHS) which were linked with geographically gridded meteorological data.

In total, 103,535 births were included in the study. Birth history data ranging from 2009 to 2018 was available from women who were interviewed across the 14 countries. The study team found that experiencing extreme heat beyond specific thresholds during the last seven days before birth increased the risk of preterm birth and stillbirth. More specifically, the risk of preterm birth increased when temperatures were higher than 20°C. In contrast, an increased risk for stillbirth was observed three to five days after extreme heat exposure. Furthermore, the level of maternal education, household wealth, and type of place of residence influence the risk for preterm birth and stillbirth. The author team concludes that more research is needed to further examine the mechanisms that are behind this association to reduce adverse birth outcomes.

Your ticket for the: Extreme heat exposure as an increased risk for preterm birth and stillbirth – results from two studies