Docosahexaenoic acid (DHA), provided as a prenatal omega-3 supplement, could reduce early preterm birth (EPB), as a recent study suggests. Researchers conducted a study with 1032 participants in the USA comparing a dose of 1000 mg to the standard prenatal dose of 200 mg of DHA. Results show better outcomes with 1000 mg DHA daily than 200 mg in reducing EPB if participants had low DHA status at enrolment. 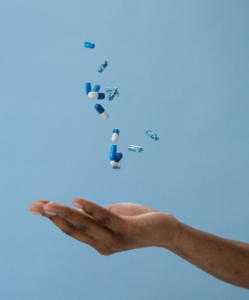 Early preterm birth (EPB) is defined as birth before 34 weeks gestation and leads to a high risk of infant mortality, child disability and societal cost. Currently, few methods like cervical length evaluation or maternal biomarkers could identify women at high risk of preterm birth. However, prevention of EPB is still difficult.

Recent evidence indicates that docosahexaenoic acid (DHA) supplementation, an omega-3 long-chain polyunsaturated fatty acid, could reduce EPBs by half, but the exact amount required is still unclear. In many countries, 200 mg of DHA has become a standard prenatal supplement. With the trial “Assessment of DHA on Reducing Early Preterm Birth” (ADORE), researchers aimed to find out whether participants given a prenatal supplement of 1000 mg DHA daily would have a lower rate of EPB than those given 200 mg daily.

ADORE was a trial conducted in three USA medical centres from 2016 to 2020 that included both high- and low-risk pregnancies. Women at 12 to 20 weeks of gestation were included in the study. The 1032 participants were randomly assigned to one of the two groups (200 mg or 1000 mg DHA per day) at the beginning of the trial.

The trial results show that a daily supplement of 1000 mg DHA is likely better than 200 mg in reducing EPB, especially if participants had low DHA status at the start of the study. Additionally, the higher dose was linked to fewer serious negative effects like chorioamnionitis, pyelonephritis, neonatal genitourinary and neurologic problems, among others. Generally, participants who began the study with an already high DHA status also had a very low rate of EPB (irrespective of dosage).

A possible explanation for this and other trials’ results is that inflammation could lead to spontaneous preterm birth. DHA is a precursor of an anti-inflammatory that could resolve and protect against inflammation. Based on the findings of the study, healthcare professionals could consider prescribing 1000 mg DHA daily during pregnancy to women with a low DHA status to reduce the risk of EPB.

Your ticket for the: Docosahexaenoic acid (an omega-3) supplementation during pregnancy to reduce early preterm birth: new findings