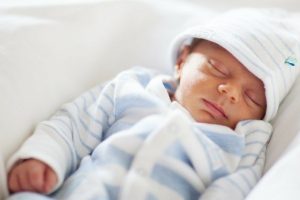 With a letter issued in February 2021, a group of researchers presented an analysis of the cross-European disparities of routine follow-up services of children who were born very preterm (<32 weeks of gestational age (GA)). It was found that the mother’s sociodemographic characteristics and her perinatal situation were among the main factors regarding these disparities.

Aiming to describe the use of follow-up services in Europe, the research team collected data from obstetric and neonatal records from 19 regions across 11 European countries. A population-based analysis was conducted using standardised parental questionnaires. The goal was to evaluate the use of routine follow-up services on 3635 children born before 32 weeks of gestation and until their fifth birthday.

Given the importance of follow-up appointments in children born very preterm, and considering that the most affected groups shown in the study are already in a challenging life situation, the study highlights the need for standardisation in follow-up protocols and calls for action in this regard.

EFCNI was part of the SHIPS Research Group – one of the main data contributors and collaborators of this study.

Your ticket for the: Disparities in the follow-up of very preterm born children in Europe