In the 1990ies information regarding the outcome of infants of extremely low gestational age was rare, and most of published outcome data health care professionals had to rely on for advising parents was based on birth weight (BW) rather than gestational age (GA). Many reports were not population based, were pooled data over several years of a small number of infants who were treated in different ways.

EPIBEL (Extremely Preterm Infants in Belgium) aimed to examine GA specific outcomes at discharge from the NICU (Neonatal Intensive Care Unit) of a population-based cohort of infants born at 26 weeks’ gestation or less and cared for in all 19 perinatal centres of Belgium between January 1999 and December 2000. 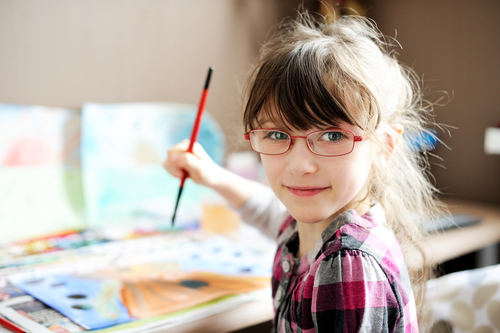 525 infants were included. Life supporting care was provided to 322 live born infants, 303 of whom were admitted for intensive care. The overall survival rate of live born infants was 54%. Of the infants who were alive at the age of 7 days, 82% survived to discharge. Vaginal delivery, shorter gestation, air leak, longer ventilator dependence, and higher initial oxygen need all were independently associated with death; gender, plurality, and surfactant therapy were not. Among the 175 survivors, 63% had one or more of the three major adverse outcomes at the time of discharge (serious neuromorbidity, chronic lung disease at 36 weeks’ postmenstrual age, or retinopathy of prematurity). The chance of survival free from serious neonatal morbidity at the time of hospital discharge was <15%. An additional finding was that postnatal growth during the NICU stay did not achieve even the lower end of what is reported for intrauterine weight gain.

The conclusion at that time was that, when prolongation of pregnancy was unsuccessful, outcome perspectives should be discussed and treatment options, including non-intervention, explicitly be made available to parents of infants of <26 weeks’ gestation within the limits of medical feasibility and appropriateness. An issue, which was not yet a routine practice in most neonatal units in Belgium nor elsewhere.

As no institution in Belgium had a large experience with survival and especially long-term outcome data for EPT infants, it became a challenge to organise appropriate follow up for this group.

In 2002, a team of Ghent University led by psychologist Isabel De Groote and her PhD supervisor Herbert Roeyers, organized a follow-up. Only the 95 Flemish survivors (of the 175 of the Belgian cohort) could be examined. We were not able to include the children of the French-speaking part of Belgium because of a lack of resources. A big effort was made to retrieve the addresses, which were obtained by contacting NICU’s and the Centre for Developmental Disorders (located in the four University Hospitals of Ghent, Leuven, Antwerp and Brussels). The cumulative of poor outcome at 2-3 year of age (i.e. disability- or prematurity-related death) was estimated to be 58%, representing 26% mildly-to-moderately disabled and 29% severely disabled toddlers, including two infants whose post-discharge deaths were directly related to prematurity.

In 2010, the Department of Psychology of Ghent University organised a third follow-up wave, headed by Herbert Roeyers, which led to the PhD of Liedewij Verhaeghe.  Of the 79 families who could be contacted, 53 children (aged 11 to 15 years) of the Flemish part of the EPIBEL cohort could be examined. Nine children showed motor impairments (e.g., cerebral palsy, of whom eight severe) and eight suffered from major visual impairment or blindness. Another three had auditory difficulties. The prevalence of Autistic Spectrum Disorder was 40%, which is considered to be very high (as compared to 1,5% in the general population). This raises the need for long-term follow-up into late adolescence, considering the suspected age-related increase in prevalence rates.

Your ticket for the: Belgium EPIBEL cohort history