Researchers from the University of Melbourne have analysed changes in attitude, physical environment, staffing and medical treatment within neonatal intensive care to identify the changes’ impact on extremely preterm (EP) babies. Applying an evidence-based approach is key to adapting to those changes without compromising the health of preterm babies. 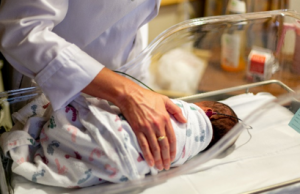 Neonatal intensive care for infants born extremely preterm (<28 weeks’ gestation) has changed dramatically over the past years, beginning with the rudimentary care of the first half of the 20th century, where the baby’s fate was left to the availability of an incubator. At that time, there was little understanding of the overall requirements of infants born extremely preterm (EP).

The first step towards improved neonatal care started with the recognition that not all infants born EP died and that not all survivors had substantial disabilities. The attitude of decision-makers shifted, leading to the implementation of proper neonatal intensive care units (NICUs) in 1960. However, most NICUs were built within existing hospitals with designs that did not allow for technological updates. Additionally, as survival rates rose, the demand for more resources increased. Many new purpose-built NICUs have appeared in recent times. Still, many NICUs suffer from a lack of planning and overcrowding.

In the first half of the 20th-century, mainly midwives provided neonatal care, supervised by obstetricians. Gradually, paediatricians became involved, as did nursing staff with additional training in neonatal care, who nevertheless had a nurse-to-baby ratio of 1-to-8. The appearance of assisted ventilation in the nurseries required more individualised attention for the infants and demanded a much higher workload for neonatal staff. Thanks to guidelines, today, the multidisciplinary team works typically 40-50 hours per week, and nurse-to-infant ratios are much higher, giving EP babies better care for better outcomes.

Basic treatments, such as oxygen concentrations inside incubators, had a bumpy ride in history. It took over a decade before it was concluded that excessive oxygen caused problems such as Retinopathy of Prematurity, which was followed by an era of oxygen restriction. Finally, the technology to measure the partial pressure of oxygen in arterial blood (paO2) arrived in the1960s, and transcutaneous pO2 (tcpO2) was able to be measured from the 1970s. Identifying the “right amount” of oxygen became easier, and both methods are still being used.

Assisted ventilation was introduced in 1970 but only meant for infants with a birthweight of >1000g. Consequently, there was no effect on the survival rates of infants born EP. Later, the combination of antenatal corticosteroids and earlier assisted ventilation increased survival rates of infants of birthweight 500-999g. In the late 2000s, high-flow nasal cannulae (HFNC) appeared, which meant more treatment alternatives and better health outcomes for preterm and EP babies.

Finally, it is now believed that the lack of knowledge about thermoregulation in the 60s resulted in many hypothermic babies (body temperature was too low), which has affected an unknown number of lives.

Together with evidence-based care, the shift in attitude has been a breaking point for advances in neonatal care. The main challenge for neonatal intensive care today is to improve the quality of life for those who survive without repeating mistakes of the past.

Paper available at: Seminars in Perinatology

Your ticket for the: The changing face of neonatal intensive care for infants born extremely preterm