Cognitive performance in childhood can be negatively impacted if an infant was Small for Gestational Age (SGA, birthweight <10% for gestation). As existing research did not show coinciding results on whether lower IQ scores continue to be present in adulthood, Eves et al. conducted an observational study to assess differences in IQ scores between SGA adults and Appropriate for Gestational Age (AGA) adults. 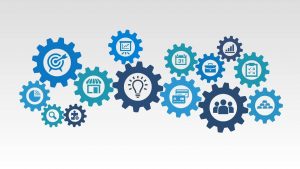 414 individuals of which 197 were term-born and 217 were born VP or born with VLBW were included in the research. To determine cognitive performance, developmental tests and IQ tests were carried out 6 times at the ages of 5 months, 20 months, 4, 6, 8 and 26 years.

The results showed that regardless of the assessment scheme used for the categorisation of participants into the SGA group, SGA individuals showed lower IQ scores that can still be identified in adulthood. However, the difference in IQ scores between AGA and SGA participants decreased from about 8 IQ points at a young age to 2.01 or 3.78 IQ points (depending on the SGA assessment scheme) until individuals reached adulthood.

A limitation of the study is the small number of participants who were born moderately/late preterm or both SGA and term-born, which did not allow for a more detailed comparison regarding the impact of SGA on preterm born and VP/VLBW individuals.

Further research should be done to gain more knowledge about the effects of SGA on IQ scores and the possible impact of SGA on preterm born or VP/VLBW individuals.

Paper available to view at https://bit.ly/3j8PtjE

Your ticket for the: “Small for Gestational Age” lowers cognitive performance from infancy to adulthood