Reasons for ROP occurrence and a new option of treatment: an interview with Professor Ann Hellström

Retinopathy of prematurity (ROP) is an eye disease that only occurs in very preterm babies (usually preterm babies born before the 31st week or born with a birth weight below 1250 g). What exactly happens in the back of the eye, when a child develops an ROP and why does this occur?

Not every baby born before 31 weeks of pregnancy develops an ROP. Are there any measures which can prevent a baby from developing an ROP?

A few months ago, a new treatment option, a so-called anti-VEGF* treatment was approved by the European Medicines Agency, EMA, for the treatment of ROP. Could you please explain the difference between the previously known standard of care, laser coagulation, and the anti-VEGF treatment? Which one of them is nowadays standard of care?

Laser requires longer time in general anaesthesia and results in more myopia and more structural retinal changes-as has been noted by a special eye assessment, called ophthalmoscopy.
Anti-VEGF results in less myopia, is easier administered, and has less destructive (at least as seen in eye assessments) observed retinal structural changes. However, there are more cases, who need re-treatment as the ROP gets worse again, which complicates follow-up and we still do not know about long-term systemic effects of this drug.
Today, anti-VEGF has become standard of care in some units, whilst in other units, laser is still standard of care. In Sweden, laser is standard of care and will most likely be so until there is data on long-term outcome.

Thank you very much, for your time and this insightful interview. 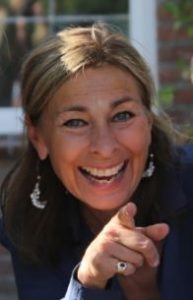 Professor Ann Hellström is an ophthalmologist at the Sahlgrenska Academy, University of Gothenburg. She is a leading researcher within the field of Retinopathy of Prematurity and is known worldwide for her research in this field, especially related to prevention and prediction models of ROP. In her clinical role, she is a consultant physician in pediatric ophthalmology at the Sahlgrenska University hospital.  Ann Hellström is a member of the Scientific Advisory Board of EFCNI.

Your ticket for the: Reasons for ROP occurrence and a new option of treatment: an interview with Professor Ann Hellström

Reasons for ROP occurrence and a new option of treatment: an interview with Professor Ann Hellström