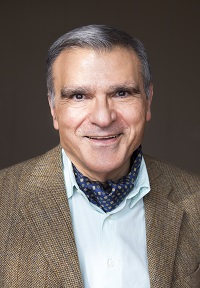 We congratulate Professor Giuseppe Buonocore on receiving the Maternity Prize, which is presented every two years at the European Congress of Perinatal Medicine to one neonatologist who has distinguished himself in his professional career and through his commitment to the field of perinatal medicine. The Maternity Price is a wonderful recognition of his passionate work and dedication to newborns and their families. Congratulations on this special award, Professor Buonocore!

Giuseppe Buonocore, MD is professor of Paediatrics, Director of the Unit of Paediatric Neonatology and Chairman of Paediatrics and Neonatology at the School of Specialization in Paediatrics of the University of Siena. He is author of more than 200 scientific publications in international journals with IF and Co-Editor of the well-known textbook “NEONATOLOGY: A Practical Approach to Neonatal Diseases”. The focus of his research lies in the mechanisms of neonatal brain injury, the role of free radicals in neonatal diseases and in birth asphyxia.

As an active member of the EFCNI Scientific Advisory Board, he was also very much involved in the European Standards of Care for Newborn Health project as an expert on the standard topic of Medical care & clinical practice. Watch Professor Buonocore speak with Professor Luc Zimmermann and Professor Lena Hellström-Westa about the evolution of guidelines and standards in neonatal care in our interview series “11 months – 11 topics”:

Your ticket for the: MATERNITY AWARD FOR ITALIAN NEONATOLOGIST