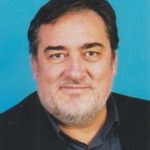 Health benefits of breastfeeding are well-known in healthy term infants. These benefits are even greater in preterm infants as human milk (HM) feeding reduces the risk of complications associated with prematurity, such as digestive intolerance, necrotising enterocolitis, sepsis, retinopathy of prematurity (ROP) and bronchopulmonary dysplasia. As these benefits specifically present in preterm infants are dose-dependent, babies should receive as much HM as possible. It can be mother’s own milk when available. If not or partially available, donor HM is recommended by the World Health Organization (WHO) as the best alternative. Finally, when both are not available, these infants should be fed with a specific formula covering nutritional needs. Benefits of HM feeding are probably related both to HM properties and to the avoidance of formula.

Donor HM is obtained from HM banks which collect, treat and deliver milk from mothers who have a surplus of milk and accept to donate. Donors are carefully screened through a medical interview and serological testing. Milk collection is then performed under strict hygiene conditions explained to the donors that accept to carry out this altruistic act. Human milk banks require a significant number of donors, which is easier when breastfeeding rates in the general population are high. It is crucial to explain to all lactating mothers how much their milk could support health and development of preterm infants. Information campaigns about prematurity and it consequences, together with information about how to help these babies by donating milk are essential, because mothers delivering healthy term infants are not always aware about the potential impact of their involvement in milk donation.

Another key point is the density of the HM banks network. The number of HM banks sharply increased worldwide during the past 15 years. There are presently 226 active HM banks in 25 European countries (plus Switzerland, Russia, and Serbia). This field is developing quickly in Europe and chances of having a milk bank not too far away and the possibility to collect milk of donors, are increasing.

Donated HM is stored and transported carefully while maintaining the cold chain. Holder pasteurisation (62.5°C during 30 min) is commonly used to apply heat treatment. It offers the best compromise between microbiological safety and a preservation of HM quality. The concentration of most components is preserved or moderately reduced after the holder pasteurisation. Some components are reduced, but, more importantly, only a few enzymes and cells are destroyed. Finally, pasteurised HM keeps its main properties and is efficient to reduce short-term and long-term morbidity.

Human milk banks are running according to national guidelines, which tend to harmonise the illustrated processes. The European Milk Bank Association (EMBA) will publish Guidelines for the implementation of HM bank and Guidelines for treat treatment of donor HM to support this harmonisation of practices before the end of 2018. Furthermore, EMBA will publish recommendations to fortify donated HM, which is essential to support postnatal growth of preterm infants. A good postnatal growth has been associated with improved further cognitive development.

HM banks are engaged in actions to improve the supply of donated HM to hospitalised preterm infants. They are the main beneficiaries as there is a large body of evidence about health benefits of HM feeding in this population of high risk patients. There are other indications such as digestive malabsorption syndrome, post-operative nutrition of gastroschisis, immunologic deficiencies, etc. If supplies of banked HM are sufficient, some countries proposed that donor milk may be dispensed by prescription for situations such as adoption or surrogacy, illness in the mother requiring temporary interruption of breastfeeding, health risk to the infant from the milk of the biological mother or death of the mother.

In some countries, some HM banks propose donated milk to mothers of healthy term infants with absent or insufficient lactation. This societal demand emerged recently and the main interest could be to avoid milk sharing or selling which can be deleterious for health of recipients. This indication should be carefully discussed and not accepted before all the needs of ill newborns are covered. Until that happens in Europe, the objective of European milk banks is to supply donor HM to all preterm infants who need it to get a HM feeding (mother’s own milk andor donor HM) during hospitalisation. 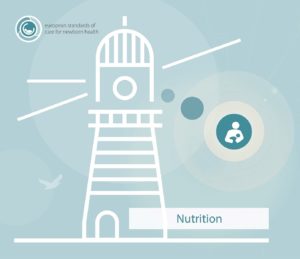 Your ticket for the: Human milk banking