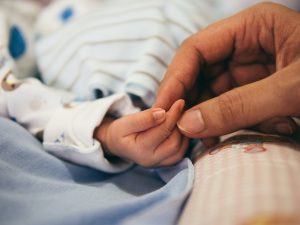 Through an online survey among UK neonatal staff, the thresholds and viability for treatment of extremely preterm infants (EPIs) were evaluated. Respondents reported a median grey zone for neonatal resuscitation between 22 and 24 weeks’ gestation. Compared with previous studies, the survey showed a shift in the threshold for resuscitation, with greater acceptance of active treatment for infants also below 23 weeks’ gestation.

Infants born before 28 weeks of pregnancy are considered EPIs, and earlier gestations are associated with worse health outcomes. However, advances in perinatal care and other circumstantial factors could impact the preterm’s prognosis. An ethical dilemma is presented in some cases, where the EPI has a very high risk of longer-term neuro-disability. An active stabilisation attempt and survival-focused care (active treatment) may not always be appropriate. New technologies and statistical improvements in EPI outcomes challenge the survival grey zone boundaries and influence decision making.

Through an anonymous online survey, researchers captured views of UK-based neonatal clinicians (consultants, neonatal registrars or fellows, and advanced neonatal nurse practitioners) on decision-making around active treatment/palliative care for EPIs. The 336 participants were asked to select the lowest gestation at which they would offer active treatment at parental request and to answer questions about the conceptual understanding of the term ‘viability’.

The majority of respondents (60%) stated a lower limit between 22 weeks and 22 weeks plus six days for engaging in active treatment. Physicians and NICU personnel chose the lowest end of the threshold, at 22 weeks. The results of the upper threshold show that more than half of those surveyed would set a limit at 24 weeks to offer palliative care at parental request, deciding to actively treat the infant past this mark. The pattern of upper limits was similar regardless of the professional group. Almost two-thirds of respondents understood the concept of “viability” to reflect possibility of survival after birth and indicated that the risk of disability was irrelevant to viability. However, the remaining 34% suggested viability should reflect survival without severe disability.

Interestingly, the vast majority of respondents (91%) agreed that the gestation at which an infant is considered viable has changed in the last decade. Before this survey, in 2008 and 2016, only the minority of UK neonatologists would resuscitate prior to 23 weeks. Participants attribute their shifted views regarding resuscitation to improvements in neonatal intensive care. Furthermore, international guidelines might have influenced their opinion as well. Changed opinions create new ethical discussions. Nevertheless, further research would help establish standards and understand the optimal way perinatal clinicians could incorporate risk factors and parental views into difficult decisions such as treatment for EPIs.

Paper available at: BMJ Archives of Disease in Childhood – Fetal and Neonatal Edition

Your ticket for the: Changes in thresholds for treatment of extremely preterm infants – a study among neonatal experts in the UK