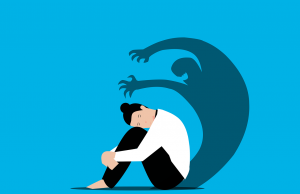 In their new publication, the Adults born Preterm International Collaboration (APIC) combined data from ten studies on the question whether individuals born very preterm and/or at very low birthweight have a higher risk of developing psychiatric disorders later in life. Compared to individuals born full-term and/or at normal weight, they have a clearly higher risk for several disorders in the spectrum of psychiatry; however, absolute numbers are low in both groups.

Does very preterm birth or birth at very low weight affect mental health? Behavioural problems are considered to occur more often in individuals with a history of preterm birth or low birthweight. However, very little is known so far about the association to psychiatric disorders.

Therefore, the APIC team searched databases for studies with participants with very early preterm birth below the 32nd week of pregnancy and/or very low birth weight of less than 1500g (cases). As control group, the studies had included participants born full-term (37th week of pregnancy or later) and/or a birth weight above 2499g, which is considered normal. Additionally, the eligible studies had determined psychiatric diagnoses which included attention deficit hyperactivity disorder (ADHD), forms of autism (ASD), and anxiety and mood disorders among others (7 groups of diagnoses in total).

A notable strategy for their data analysis was not to pool the results of the 10 suitable studies they had identified as it is commonly done in such studies. Contrarily, they asked for the original data of each study participant including perinatal data, socio-demographic data, age at assessment, IQ, and the psychiatric disorder diagnosed. This method is called an “individual participant data meta-analysis” and can increase the statistical power to correctly detect differences between the two groups under investigation.

Overall, the study team could include data from 1385 individuals in the group of cases and from 1780 persons as control group from eight countries. Then, different models and subgroup analysis were calculated including adjustment for age at assessment and sex.

The results revealed a significantly higher probability for several psychiatric disorders in the group of cases compared to controls: 10 times higher for ASD, 5 times for ADHD, 2 times for anxiety and 1.5 times for mood disorders. Chances for developing disruptive behavioural disorder, eating disorder, and psychotic disorder were not significantly different. The authors emphasise that despite the higher chances for psychiatric disorders among individuals born very preterm/with very low weight, the absolute numbers of diagnoses were low.

It should be underlined that ten studies for the large number of disorders included is a rather small number. More research is therefore required to obtain robust results on this research topic. Finally, the authors suggest that surveillance programmes later than in early childhood and with a focus on mental health could be beneficial for individuals born at risk.

The work was partly funded by European Union’s Horizon 2020 research and innovation programme: Project RECAP-Preterm, in which EFCNI is also involved.

Your ticket for the: Born too small or too soon and the risk for developing psychiatric disorders